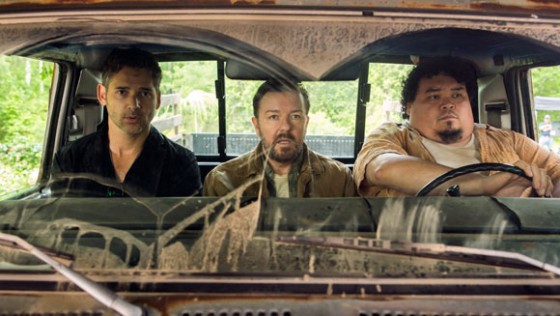 Netflix is continuing to double down on their original series and original movies as next month sees the release of not only Kimmy Schmidt Season 2 but also the latest movie from Ricky Gervais, Special Correspondents.  Gervais wrote, directed and co-stars with Eric Bana as the sound engineer to Bana’s radio journalist.  The pair were supposed to be reporting on a conflict in Ecuador but instead hide in a loft in NYC and fake reports from the frontlines.  However, when they are believed to be missing in action, they have to go to Ecuador for real or face having their entire scheme blow up in their faces.  Vera Farmiga, America Ferrara, Kevin Pollack and Benjamin Bratt co-star and the movie hits Netflix on April 29th, check out the trailer below.

Climb Back Aboard The Magic School Bus on Netflix (Trailer)