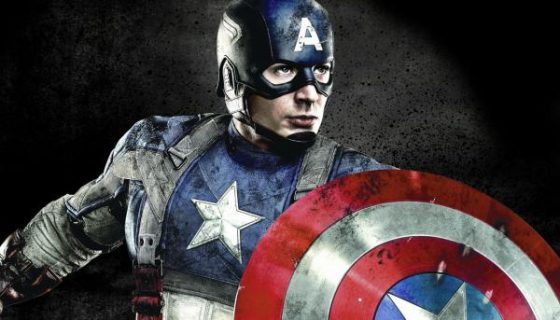 There’s been quite a bit of PC Principaling going on around the Internet recently with the whole Ghostbusters insanity and the campaign to make Elsa a lesbian in Frozen 2 and I haven’t really cared enough about either to comment but this recent #GiveCaptainAmericaABoyfriend campaign that is trending on Twitter and apparently gaining traction is so utterly ludicrous I have to give my two cents.

The basic gist seems to be that some viewers of Civil War believe there was homosexual subtext to the friendship between Bucky and Cap and want them to be a romantic item in upcoming movies.  These people were apparently looking extremely deeply into the movie or saw some alternate cut because, as far as I could tell, Cap and Bucky are war buddies and best friends, something two heterosexual males can be without having that turn into a gay relationship.  The main reason this irks me though is that the whole idea of making Cap gay feels like a slap in the face to this woman:

Peggy Carter is a tremendous character and arguably the best female character in the MCU, why on Earth would you want to diminish her by turning her into a beard for a gay Cap?  Why would you want to suck all the tragedy out of the final scene of The First Avenger and Steve’s dedication to Peggy in The Winter Soldier?  *Spoilers* Why else would Peggy’s death hit Steve so hard in Civil War if not that she was not the love of his life and not just someone he was with when he was confused about his sexuality.  There’s been such a tremendous outcry for more female representation in the MCU because of things like the lack of Black Widow merchandise and there’s a petition to get Agent Carter back after it’s cancellation, it’s like cutting the nose to spite the face to try and get more gay representation into the MCU at the expense of it’s best female character.

Another thing that is annoying about this too is that there are a bunch of Marvel characters who are gay and could make their debut in the MCU if that’s what’s necessary (Although granted most of them are X characters, so they are probably rights wise with Fox, but still).  Probably the most prominent gay Marvel hero is Northstar, leader of the Canadian team Alpha Flight.  He was created in 1979 by John Byrne and was the first openly gay superhero, even mentoring fellow gay hero Anole, who joined the Young X-Men, and Northstar eventually joined the X-Men himself as well.  There’s also Hulking and Wiccan from Young Avengers who are a gay couple who earned Marvel two GLAAD awards for their portrayal in the comics.  We also just got the gender swapped and lesbian version of Jeri Hogarth in the Netflix Marvel shows, who was a major factor in Jessica Jones and should be on the upcoming Iron Fist show as well.  That character worked not just because of Carrie Anne-Moss’ excellent, icy portrayal but because Jerry Hogarth is a pretty obscure character in the comics who was known only to die hard Iron Fist fans, unlike Captain freakin’ America, so there was room to change the character to fit the new portrayal. Going back to Cap, there was actually a storyline where he helped out his childhood friend Arnie Roth, who seeks out Cap when his “roommate” Michael is kidnapped by Baron Zemo.  Zemo captures Arnie as well and makes him dress in stereotypical gay clothing and give a speech about how his love for Michael is false but Cap eventually rescues them both and tells Arnie that his love for Michael is as real as Cap’s love for Sharon Carter.  That’s how you include Cap in the conversation, have him comment on and respect the concept of gay and lesbian relationships, but you don’t have to make him gay in the process.

I’m open to more diversity in not just the MCU but all media but let’s be smart about it.  Making a character like Cap gay just for the hell of it is almost worse than not having gay characters at all, especially when said character has a backstory in both the comics and the movies that doesn’t gel with that change at all.  You just ruin all the work establishing the character up to that point, especially in terms of his romantic relationships i.e. Peggy and you piss off the established fan base of the character, which never goes well for either side.