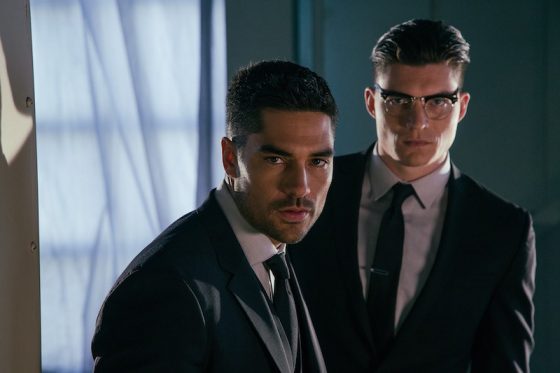 Although the first season was sort of a retelling of the original From Dusk Till Dawn movie, the series has gone in a bigger and crazier direction since then and the upcoming season 3 looks no different.  After taking out one of the seven vampire lords in Season 2, Seth and Richie Gecko decide to take over his operation as self proclaimed lords, but that makes them the target of the surviving lords and other weirdness, like demonic Aztec warriors.  Meanwhile, Santanico is off on her own to exact revenge on the remaining vampire lords and Katie Fuller is infected with the ancient Santa Sangre blood, which seems to be doing the vampire equivalent of a demonic possession to her.  Joining the cast for Season 3 is Ted Savini, a FDTD vet, as an old demon hunter/pot dealer, Ana de la Reguera as a new vampire lord, Marko Zaror as an ancient Aztec warrior and Nicky Whelan in an unknown role.  It took a little bit to find it’s own voice but the show has been a ton of fun, along the lines of Ash vs Evil Dead, and it only looks to be getting crazier going forward.  Check out the season 3 trailer below and the new season arrives on September 6th on El Rey Network.

From Dusk Till Dawn Season 2 Trailer