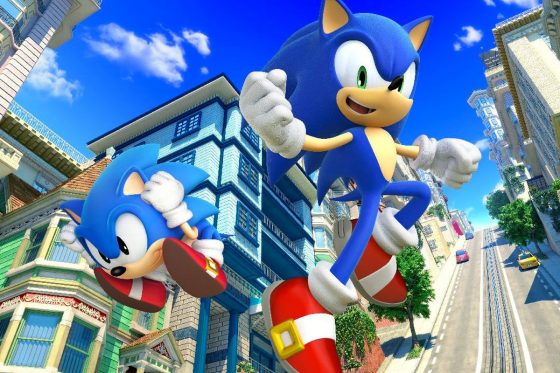 The mid 90’s were an odd time, especially over in the UK if today’s Musical Montage is any indication.  Everyone knows Right Said Fred for their one hit wonder “I’m Too Sexy” but in 1994, they released a UK single for another song off their “Sex and Travel” album called “Wonderman” that Sega Europe had the Right Said Fred guys turn into a song vaguely about Sonic the Hedgehog, specifically to promote Sonic the Hedgehog 3.  The album version of the song had nothing to do with Sonic but for the music video and single promotion, there were a few references added in and some game footage added to the absolutely bonkers insane music video along with things like setting the music video in “Hydrocity Zone“.  The music video also featured UK comedian Steven O’Donnell, who did a ton of promotional work for Sega Europe at the time and maybe if you were British, it all makes sense?  For a bit more added weirdness, the song was also a part of the soundtrack for Everything Action favorite Blank Check. Check out the music video below.

Musical Montage: The Cryptkeeper “Have Yourself a Scary Little Christmas”