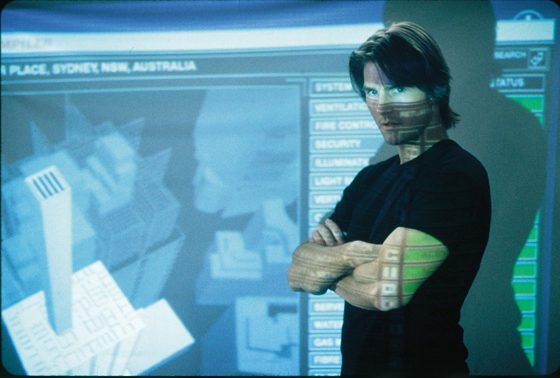 As we’ve previously seen on Musical Montage, one of the many insane things about MI2 is it’s soundtrack (the only MI movie to really have a soundtrack album), featuring the likes of Limp Bizkit and, featured this week, Metallica. Metallica contributed the track “I Disappear”, which has only appeared on the MI2 soundtrack and as a single, which is rare for a Metallica track.  The song is also the last song to feature bassist Jason Newsted before he was replaced by Robert Trujillo.  The song hit #1 on the Billboard Mainstream Rock chart for seven weeks and #76 on the Hot 100.  The music video for the song features Metallica playing on the top of the cliff in Monument Valley, Utah that Tom Cruise climbs at the beginning of MI2 and also features the band in interpretations of classic scenes from movies like Brazil, Die Hard, North by Northwest and Bullitt and also intercuts the Tom Cruise climbing scenes so it looks like Cruise is climbing up to meet up with Metallica.  Check it out below.