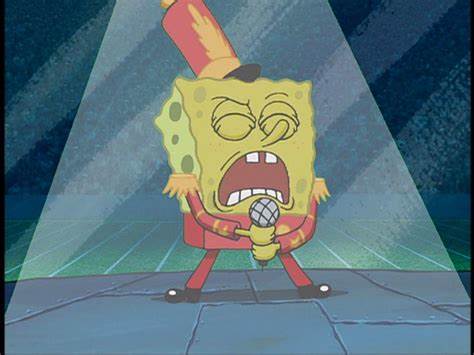 Although it’s best known for it’s appearance in the classic Spongebob episode “Band Geeks”, the song “Sweet Victory” actually existed before the late Stephen Hillenburg created his iconic character.  “Sweet Victory” was written and performed by David Glen Eisley, who appeared in a number of bands including Sorcery, Giuffria, Dirty White Boy and Stream as well as having his own solo career.  Eisley also had a fairly prolific acting career, appearing in movies like Action Jackson and he’s married to actress Olivia Hussey. Their daughter India Eisley was recently the co-star of TNT’s Into the Night.  While Maroon 5 disappointed everyone during their Super Bowl halftime show and did not perform “Sweet Victory” as a tribute to Spongebob and Stephen Hillenburg, the internet attention did get “Sweet Victory” back into the Billboard “Hot Rock Songs” at #23 in February of this year.  You can check out the song in it’s most famous iteration below.