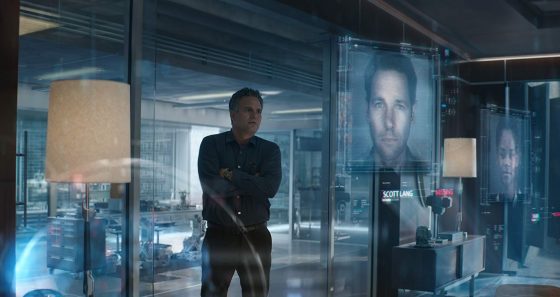 Going into this past weekend, no one had any doubt Avengers: Endgame would be massive but it’s still utterly stunning how huge the movie was.

Endgame pretty much destroyed every box office record you could possibly measure, making $350 million domestically and a mind-melting $1.2 billion worldwide.  It goes without saying that these are now the largest openings for each category of all time and it also broke all these other records, according to Box Office Mojo:

Speaking of Captain Marvel, that movie seemed to have gotten some benefit from it’s fellow MCU juggernaut, only dropping 11% from last weekend and taking second with $8 million, making it seem like a lot of people may have seen Captain Marvel again, or for the first time, before seeing Endgame or maybe seeing it if Endgame was sold out.  Captain Marvel is currently the 8th highest grossing MCU movie worldwide with $1.1 billion.

Breakthrough and Shazam rounded out the top 5.

Avengers took up 90% of the box office, so there wasn’t a lot left for the rest of the top 10, most of them suffering at least a 50% drop if not more.  Down at #10, Disneynature’s Penguins did get onto the top 10 after debuting in 12th place last weekend, making $1 million

As noted above in one it’s broken records, Endgame also took the Per Theater average, making over $75,000 in each of the 4,662 theaters it played in.