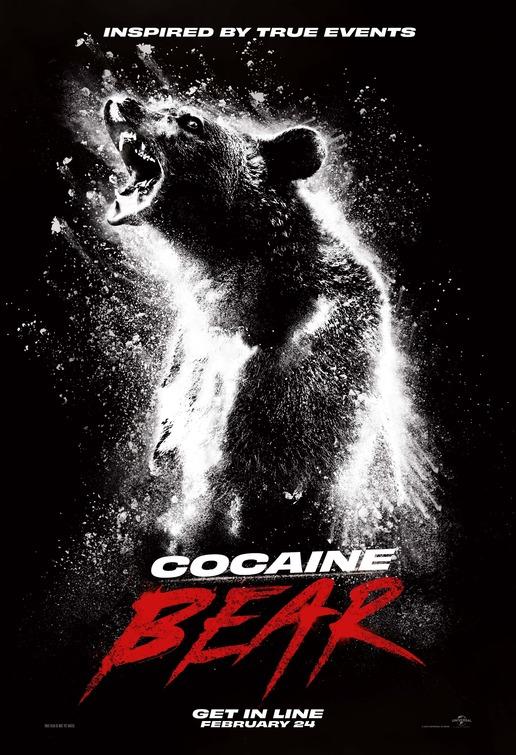 Somehow based on actual events, Cocaine Bear rampages into theaters in February next year.  Directed by Elizabeth Banks, Cocaine Bear is set in Kentucky in 1985 when a drug shipment of cocaine falls from a plane into the local forest.  A 500-pound black bear ingests a ton of the coke and then goes on a drug-fueled rampage through the woods and nearby residential areas.  For a movie this ridiculous, the cast is absurdly stacked including Keri Russell, Margo Martindale, Alden Ehrenreich, Kristofer Hivju, O’Shea Jackson Jr., Isiah Whitlock Jr., Jesse Tyler Ferguson, and, in one of his final performances, Ray Liotta.  It definitely looks like it’s leaning into the ridiculous nature of the true story and not even attempting to make the bear look even slightly realistic and all the characters seem like over-the-top cartoon characters.  We’ll have to see if it can live up to the legacy of Grizzly and similar movies when it opens on February 24th and you can check out the trailer below.

Revenge of the Green Dragons Trailer