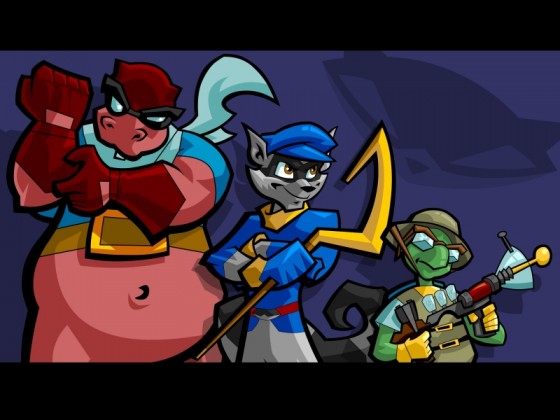 Just like his fellow Playstation mascot, Ratchet, Sly Cooper and his team are coming to theaters in 2016 from Rainmaker Entertainment and Blockade Entertainment.  Based on the first game, Sly, master thief and his best friends Bentley, a super genius turtle and Murray, a lovably dumb but strong hippo, are out to recollect the pages of the Theivius Racoonus, a book containing moves and tricks of the Cooper thieves going back centuries.  Kevin Munroe, from the TMNT CG movie, will direct this one and it seems, like the Ratchet movie, that the original voice cast will be back to voice the characters.  A trailer is below, although it seems just like a scene made specifically for this trailer and kind of hits the uncanny valley a tad with the more realistic look for Sly, Bentley and Murray, but things could change in the two years until it comes out.