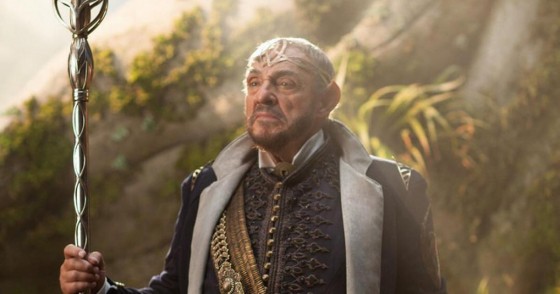 We got a behind the scenes look during Comic Con but this is the first trailer for MTV’s upcoming fantasy series, The Shannara Chronicles.  Based on the Terry Brooks book series, the show is based on Earth in the far distant future where magic and magical beings, like elves, have evolved.  A trio of young heroes must set out to collect an ancient artifact before a demonic army can take over the world.  Poppy Drayton, Ivana Baquero and Austin Butler are the main trio while vets like John Rhys Davies and Manu Bennett co-star.  The show starts in January of next year and you can check out the trailer below.