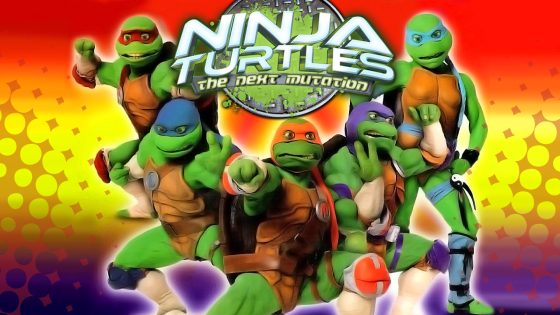 Airing for one season on Fox Kids starting in 1997, Ninja Turtles: The Next Mutation was an attempt to try and capture some of the ground lost by Power Rangers and its imitators, which had usurped TMNT as the dominant kids franchise.  Produced by the company behind Power Rangers, Saban, the show was a live-action series that was set in the world of the film trilogy and introduced a fifth turtle, the female Venus De Milo, who was lost in the original accident that transformed the TMNT.  The show also has a new foe, Dragon Lord and The Rank, while Shredder and the Foot Clan are still around and causing trouble as well.  The show actually used some elements from a fourth live-action TMNT movie that was never made.  The show was canceled in 1998 because both the ratings did not warrant the cost by Fox to continue making it and Fox also did not own the Turtles like their other properties, so they weren’t profiting off it either.  After the series was canceled, there wouldn’t be another TMNT series until the 2003 animated series debuted.  Music has always been a big part of the Turtles, from “Turtle Power” to “Ninja Rap” and the iconic 1987 theme song and while it got a music video that you can check out below, Next Mutation’s theme wasn’t quite as memorable or catchy.  When the series was released by Shout Factory, they even completely changed the intro and the song.

Review: TMNT: Out of the Shadows

EA Commentary: TMNT Coming Out of Their Shells