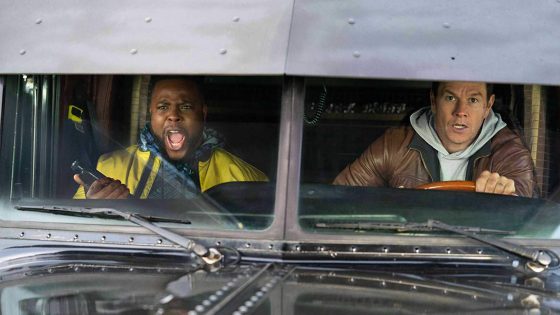 The latest from bros Peter Berg and Mark Wahlberg, Spenser Confidential hit Netflix this past weekend and is a loose reboot of the 80s crime drama Spenser: For Hire.

Wahlberg stars as Spenser, who is freshly out of prison after being sentenced to five years for assaulting the captain of the Boston PD.  Looking to leave Beantown, Spenser enrolls in truck driving school and is looking to get a trucking license and leave for Arizona.  When the captain he assaulted and another cop are both found dead, Spenser can’t help himself and takes it upon himself to discover what happened, which leads to a conspiracy involving drug money, corrupt cops, and a potential casino.  The plot feels like a throwback to the TV show but also possibly 70s cop movies as well, as it mostly involves Spenser traveling around Boston, confronting suspects and getting into various scrapes, usually with a one-liner or insult.  It doesn’t do anything incredibly novel or different to the formula but it does have one thing that most of the Berg/Wahlberg joints have been missing since they started: fun.  Mile 22 was an unbearable, grim slog but Spenser Confidential is much closer to something like The Rundown from Peter Berg.  Granted, it’s nowhere near as fun or awesome as The Rundown but it’s a much welcome move back in that direction.

It usually varies wildly from movie to movie what kind of Wahlberg we’re going to get in a given movie.  In the aforementioned Mile 22, he was a grim, unlikable asshole but his Spenser is a much lighter and fun character, much more the Wahlberg who would talk to animals and say hi to your mother.  Winston Duke, as Spenser’s new roommate and eventual partner Hawk, is also really fun and he and Wahlberg have a great, classic buddy cop back and forth but Duke also brings some unexpected depth and gravitas to the character.  They do a great job of also making him seem like an unstoppable juggernaut, as his character is an MMA fighter and, especially in the climactic showdown, he is smashing people through walls and knocking them out in one punch.  Alan Arkin does his usual fantastic supporting role, almost always getting in one great ballbusting line in every scene he’s in.  The other supporting characters are a bit hit or miss. Iliza Shlesinger seems to have a lot of fun doing a ridiculous Boston accent and cursing up a storm but she is at the same level for the entire movie.  Bokeem Woodbine is also a fairly obvious and one-note villain, which is a shame after he delivered an absolutely brilliant villainous turn in Fargo Season 3.  Marc Maron is also here as a disgraced reporter but he has almost nothing to do and no impact on the plot.

Review: Outside the Wire