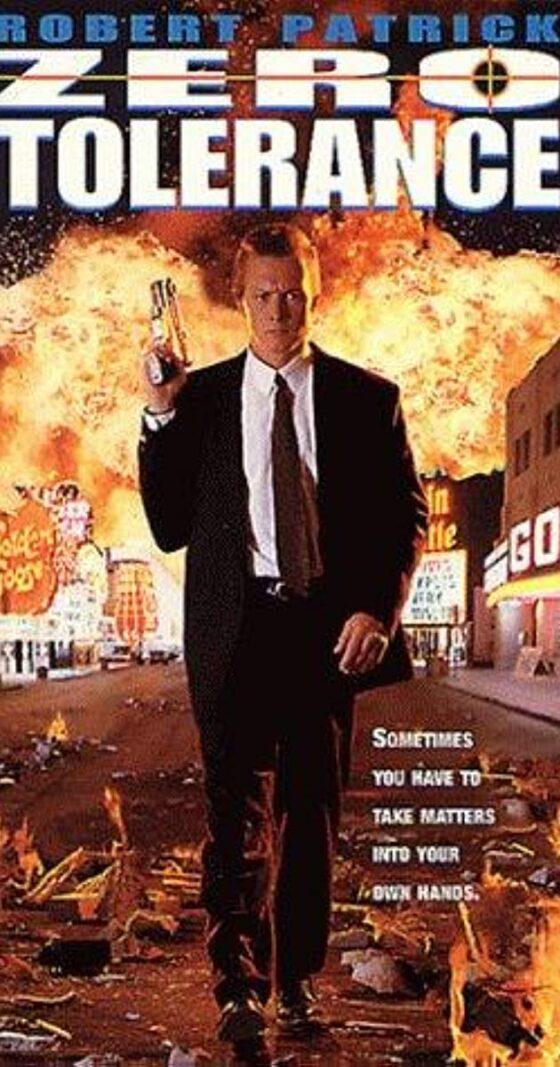 You can usually expect to have a good time when you see a Joseph Merhi-directed PM Entertainment movie and Zero Tolerance from 1995 is no exception.  Robert Patrick stars as FBI agent Jeff Douglas, who seeks revenge against the White Hand cartel after they murder his wife and children.  Titus Welliver plays Manta, the head of the White Hand, and Mick Fleetwood, Kristen Meadows, and Miles O’Keefe co-star.  It seems like Merhi might have been trying to add a bit of John Woo into the mix, as Robert Patrick wields dual pistols, but it’s mostly just wonderfully ridiculous 90s action throughout.  From 1986 until 1996, Joseph Merhi seemed to have at least 2 movies or more come out each year, most of them over the top and a blast to watch but he moved to a producer role in 1997, although he came back to direct the non-action movie Game of Life in 2007 and the TV show The Jadagrace Show.  Like most PM Entertainment joints, Zero Tolerance was released straight to video in February of 1995.  You can check out the entire movie below thanks to Full Screen Movies Collection on YouTube.