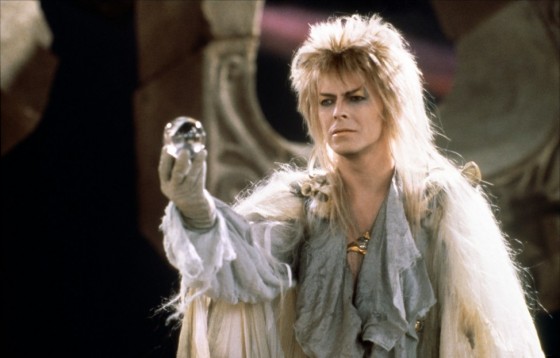 When it’s the 80’s and your movie is starring two people, one of which is David Bowie, he damn well better contribute to the soundtrack and Bowie did just that when he co-starred with Jennifer Connolly in Labyrinth.  Playing the fabulous Goblin King, Jareth, he kidnaps Jennifer’s baby brother and sends her into a fantasical labyrinth full of crazy Jim Henson creations.  The main song from the soundtrack is “Magic Dance”, a song where Bowie tries to decide what spell to use to silence the crying baby and he contributed all of the other songs for the soundtrack as well, check them out below.

As the World Falls Down