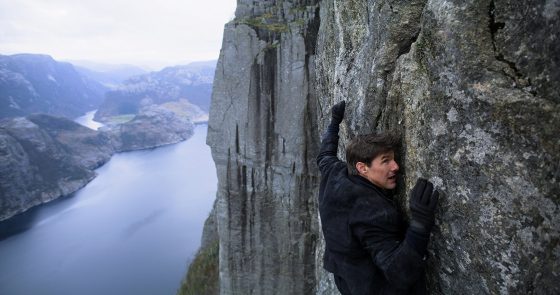 With reviews calling it the best movie in the franchise, MI: Fallout also dominated the box office with the largest opening ever for the Mission: Impossible franchise.

Fallout made $61.5 million, up about $6 million from Rogue Nation’s opening and about $4 million above the previous largest opening, surprisingly, Mission Impossible II.  It was also the second highest opening ever for Tom Cruise behind War of the Worlds. The movie also made $92 million worldwide and is 19% ahead of Rogue Nation’s opening globally and that movie made over $682 million worldwide, so Fallout could potentially cross over $700 million before all is said and done.

Mamma Mia 2 stayed in second place with another $15 million, bringing it to $70.4 million for its two weeks out.  Worldwide, it’s made over $167 million.

The Equalizer 2 dropped from first to third with another $14 million and most likely MI: Fallout stealing most of its audience as it dropped 61%.  Its made just over $64 million for its two weeks out.

Hotel Transylvania 3 and Teen Titans Go! To the Movies rounded out the top 5, with the latter opening with a disappointing $10.5 million, under expectations of around $15 million and beaten by Hotel Transylvania 3 in its third week.  Compared to other big screen adaptations of animated TV series, Teen Titans Go! Is sitting between South Park: Bigger, Longer and Uncut and Recess: School’s Out.

Further down the list, indie movies Blindspotting and Eighth Grade both expanded into more theaters and jumped up to 13th and 14th place respectively and with $1.33 and $1.32 million over the weekend.  Unfriended: Dark Web also already fell out of the top 10 in its second weekend, dropping from ninth to 11th with another $1.5 million but, as mentioned last week, it’s already made back at least 7x its budget in true Blumhouse fashion.