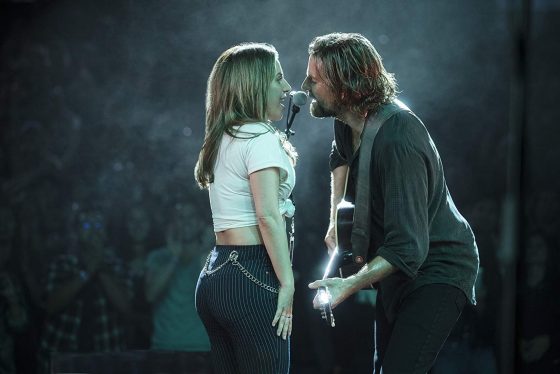 In arguably the most no-brainer win of last night’s Oscar ceremony, “Shallow” by Lady Gaga and Bradley Cooper won the Best Original Song category after wins at the Golden Globes and Grammy Awards.  The song was written by Gaga along with Mark “Uptown Funk” Ronson, Anthony Rossomando, and Andrew Wyatt and appears three different times in A Star is Born, most notably in a crucial scene where Bradley Cooper’s Jack pulls Lady Gaga’s Ally on-stage to perform it with him, which was filmed in front of a live audience at the Greek Theater in LA.  The song was also released as a single and hit #5 on the Billboard Hot 100 and was #1 on many European charts, including the UK, Ireland, Sweden, and Denmark.  The song won Best Pop Duo/Group Performance and Best Song Written for Visual Media at the 61st Grammy Awards and Best Original Song at the Critics Choice and Golden Globes and it’s now part of Lady Gaga’s setlist at her Las Vegas residency show, Enigma.  Check out the music video for the song below.