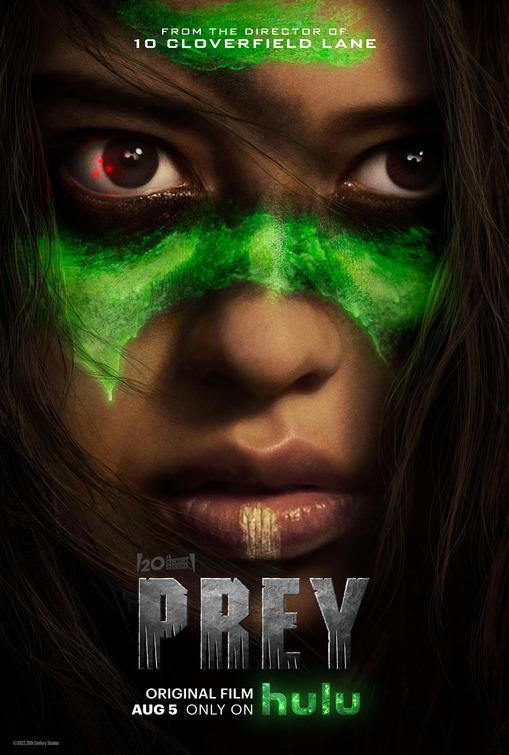 After a teaser trailer a few weeks ago, the first full trailer for Prey, the next entry in the Predator franchise is here.  Directed by Dan Trachtenberg, who previously brought us 10 Cloverfield Lane and episodes of The Boys and Black Mirror, Prey follows Legion’s Amber Midthunder, who plays Comanche warrior Naru, who’s trying to prove herself as a hunter.  While after a bear, Naru comes face to face with a Predator, who is stalking the area on one of their many hunts, and she tries to convince her tribe of what she saw and join the hunt to stop it.  Dane DiLiegero, Dakota Beavers, Stefany Mathias and Stormee Kipp co-star.  Along with the new trailer, there was also some cool news about the audio experience for Prey.  There will be an option to watch the movie in Comanche with subtitles along with an English version, which makes Prey the first movie in cinema history to be available in the Comanche language.  Prey will be out on August 5th on Hulu and you can check out the trailer below.