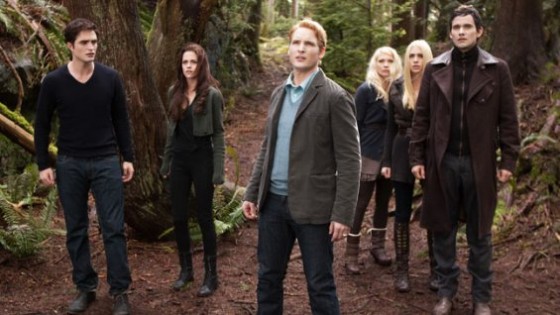 The new releases this past weekend barely registered so the same movies that have been dominating the box office have continued to dominate with Breaking Dawn Part 2 still in the number one spot with another $17.4 million and $254.6 million total, a little over $1 million of the total box office of series high point, New Moon.  Skyfall stayed in number 2 with $17 million.  Lincoln and Rise of the Guardians were less than a million apart and battling for third place and we probably won’t find out who won until the actual amounts come out later today.  Life of Pi rounded out the top 5 with $12 million.  For the new released, Killing Them Softly debuted in seventh place with $7 million, easily one of the worst openings ever for Brad Pitt, and The Collection barely made it onto the list in tenth place with $3.4 million, a little less than The Collector made in it’s opening weekend.  The top three should most likely stay in their spots through this upcoming weekend as well but The Hobbit should destroy everything in two weeks.